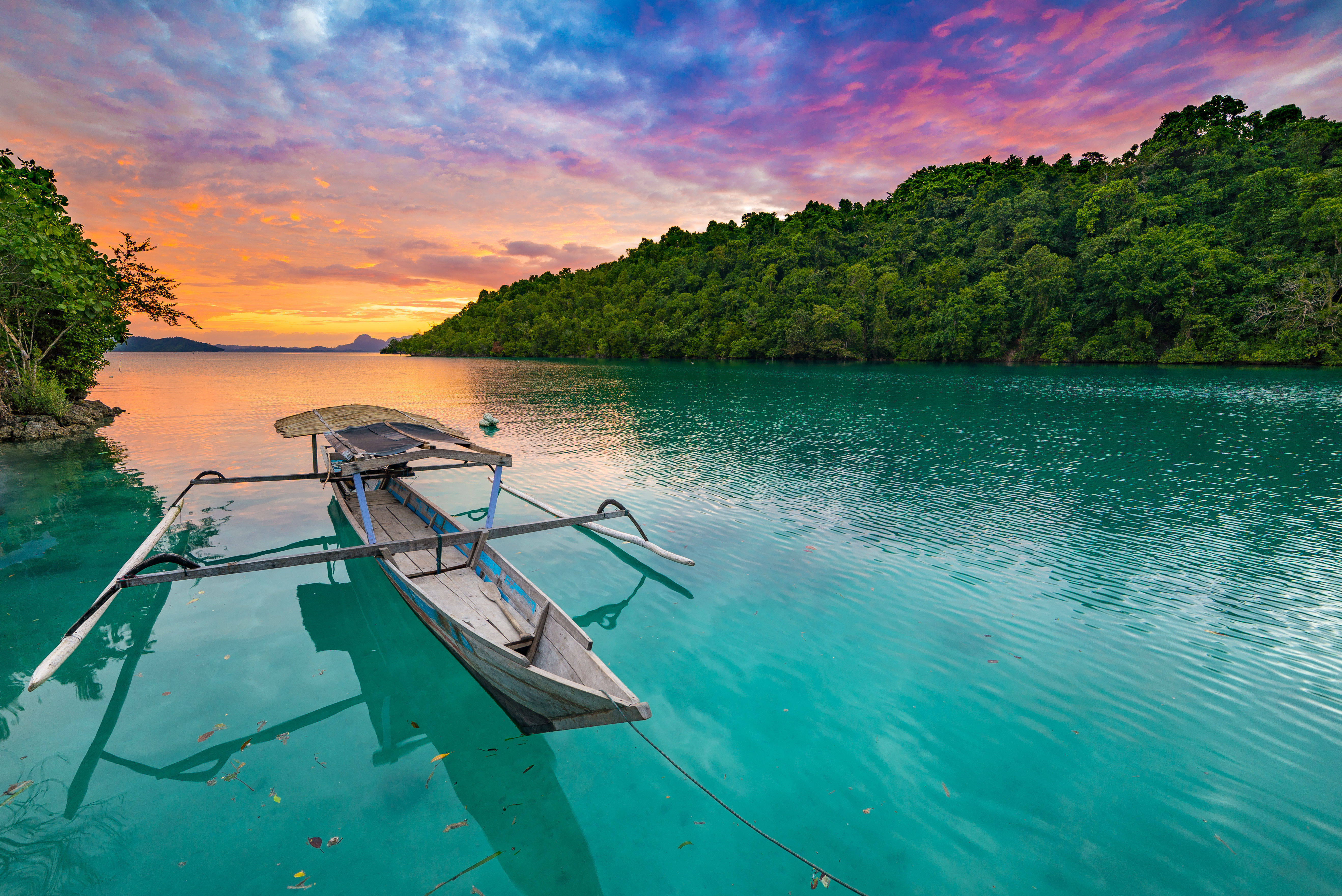 Sulawesi is a paradise for scuba divers, offering diverse marine life of all sizes and access to some of Indonesia’s best-loved dive areas. From Bunaken’s world-class wall dives and Wakatobi’s astonishing coral reefs, to Lembeh ‘the muck diving capital of the world’, there’s something for every diver to enjoy.

Hosting some of the highest levels of biodiversity in the world, Bunaken’s protected waters are teeming with life. Whether you go wreck, Tec, wall or reef diving, Bunaken is a feast for the eyes and you can spot pilot and sperm whales whilst you’re there.

Visit this gateway to some of Northern Sulawesi’s best dive areas to discover unique rock formations, black sands teeming with critters and for the chance to see migrating sperm whales. Look closely to find seahorses and brightly-coloured frogfish or just admire the sea turtles and reef sharks gliding by.

If you are searching for variety when it comes to scuba diving, then look no further then Sulawesi, Indonesia.
Fly to Manado in North Sulawesi to witness the contrasting topographies and marine life of Bunaken National Park, Lembeh Strait, and Bangka Island. Bunaken diving offers world-class wall diving in a protected marine park rich with activity, big and small, and the possibility of catching sight of a sperm whale migrating further north. At Bangka Island, you’ll plunge into the waters to find yourself among unusual-shaped rock formations while looking east from North Sulawesi to the Lembeh Strait you’ll happen upon an underwater photographers dream. The black sanded dive sites are bounteous with elusive and rare macro life waiting for their breathtaking underwater secrets to be uncovered.
The Togian Islands offshore to Sulawesi’s central mainland have some of the calmest waters in the world and some of the most dramatic drop-offs. Head here to find pinnacles and walls towering over you as you float among turtles, eagle rays and frequent schools of rainbow runners adding colour to the black abyss below. The Togian Islands calm waters also lend themselves to people wanting to participate in dive courses. Outside Central Sulawesi’s capital Palu, Donggala invites divers to gape at frogfish and reef sharks while enjoying a pristine coral reef ecosystem.
As if Sulawesi diving hasn’t gifted us enough already, Southern Sulawesi also offers many new exciting experiences. In Wakatobi, stunning coral reef gardens are home to ample amounts of reef fish and small organisms. Within the flourishing, hard and soft corals, pygmy seahorse, ghost pipefish and many shrimps hide, rivalling Lembeh’s rich macro-diversity. While Wakatobi is not the prime location for larger pelagics and reef sharks, diving at Bira is sure to make up for it. The Cape of Bira is known for hammerhead sharks, white tips, barracudas and dogtooth tuna gliding effortlessly in strong currents - enough to delight anybody's senses.
While you can find yourself diving into Sulawesi’s waters from its many dive resorts or dive centres, jumping in from a liveaboard will allow you to see all that Sulawesi diving has to offer. As many of the tropical islands are remote they can often take quite a journey to reach, so a liveaboard is the best option to encounter the many wonders found in Sulawesi’s deep blue.

Adventure into one of Bunaken’s best wall dives at Sachiko’s Point. Drift along the 40-metre wall with gorgonians sprouting from the rocky outcrops in the shallows and explore caves worn into the walls in deeper waters. Watch green turtles feeding on corals as the strong current invites larger pelagics to the site. Napoleon wrasse search the walls for their next meal while giant trevallies are also out on the hunt for the smaller fish which flit around in abundance.
At Lembeh Strait, head to Teluk Kambahu (TK 1), which is named after the nearby village. Here you’ll find yourself descending into the dark sandy depths of a 25-metre slope. Investigate the rubble for sea moths, Helmut's flying gurnards and leaf scorpionfish which will warn you away with their deadly spines. Search for the endemic Bangaii fish as stunning mandarin fish distract you from your hunt.
In the south, Wakatobi’s House Reef allows you to witness reef diving at its very best. Swim along the sandy bottom where you’ll find sea snakes, flounders, and blue-spotted rays disguising themselves in the sandy depths before reaching the drop-off. As you make your way along the 12-metre tall wall you’ll come upon pygmy seahorse, shrimps, crabs, and nudibranch all hiding within the cracks of the wall.
For big fish and even larger pelagics, visit Bira’s waters. At Tanjung Bira, you can spot reef sharks, rays, barracudas against a backdrop of beautiful Acropora corals, gorgonians fans and sponges. If you are very lucky you may even spot a hammerhead coming into view from the blue.
Taipi Wall in the Togian Islands provides the chance to dive within spectacular overhangs, steps, jutting seams, points, cracks, and crevices. Within the gaps of the wall, which is adorned with enchanting soft corals, red cleaner shrimps, tiger cowries, leaf scorpionfish, large crocodile fish and numerous nudibranch rest. At the top of the wall is a small coral garden where you can watch bumphead parrotfish nibbling on algae as you hunt amongst the pink soft corals for anemone shrimp. Scuba diving in Sulawesi is like having all of your Christmas' come at once, with gift after gift of fantastic marine life and stunning underwater environments.

Other places to dive in Indonesia