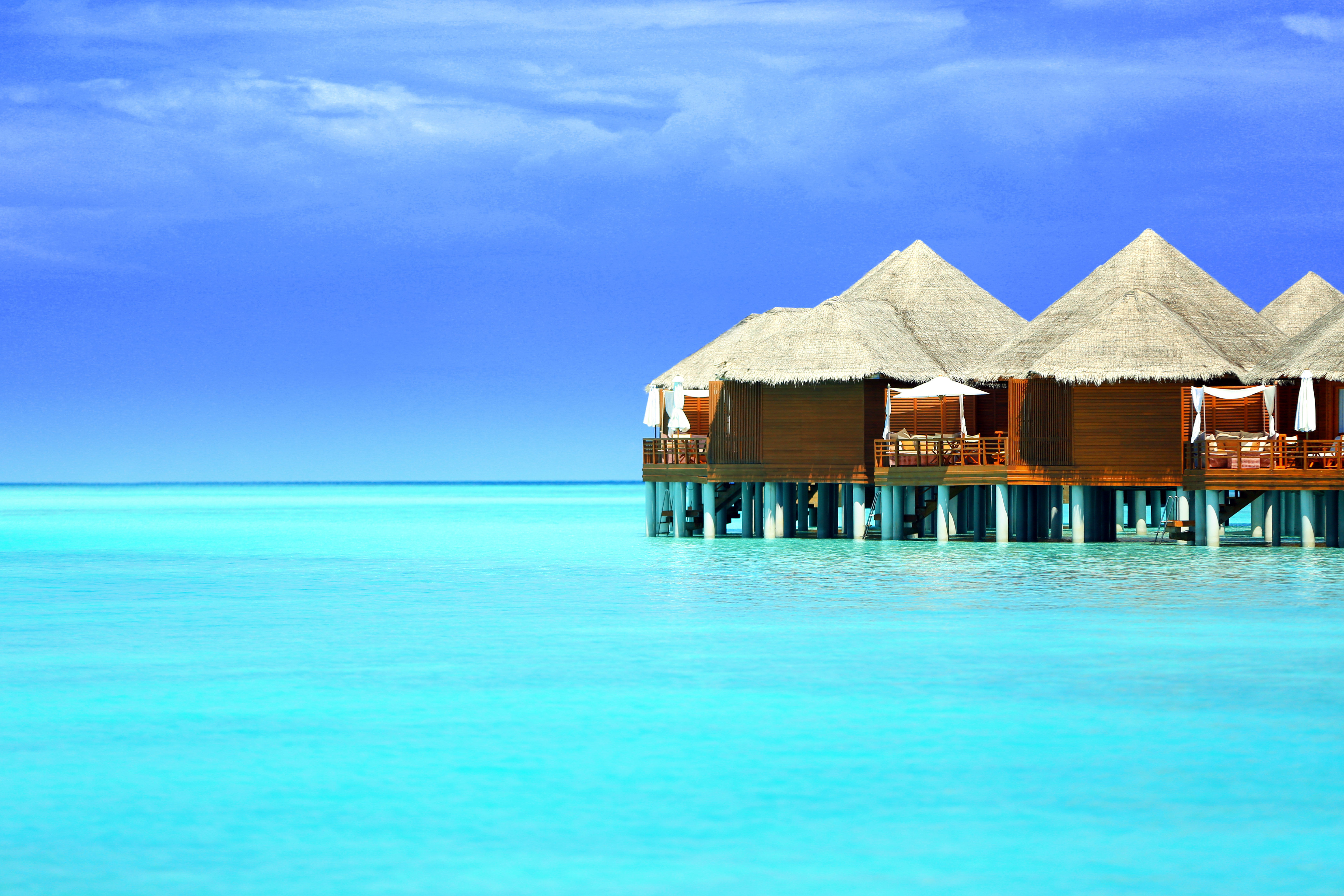 As one of the most well established Maldivian atolls, Kaafu Atoll has a variety of dive resorts, centres and liveaboards to choose from. The dive sites on offer are equally as diverse, with manta cleaning stations, caves, drift dives, barrier reefs and wrecks – all surrounded by abundant Maldives marine life.

The glittering azure ocean and the dazzling white sandy islands of North Male Atoll look a lot like paradise on earth - and below the surface is no less stunning. With dive sites for all levels featuring mantas, whale sharks and turtles, it’s hard to think of a better holiday destination.

South Male Atoll is the quieter sister of North Male. With only 3 inhabited islands, this atoll is both peaceful and beautiful and dive sites with vibrant reefs, abundant pelagics and wicked drifts will make divers fall in love.

Kaafu Atoll is located in the Central Atolls of the Maldives. It consists of North Malé and the quieter South Malé Atolls, as well as the islands of Kaashidhoo and Gaafaru. It is also home to the capital island of Malé and its sister island of reclaimed land (and which has the international airport), Hulhumale. It is the largest atoll, both in terms of economy and tourism.

Kaafu Atoll diving is some of the most well established as it has been open to tourism for longer than other atolls. Though some of the dive sites may be busier, there is more choice in terms of dive resorts, centres and liveaboards. Diving in Kaafu Atoll is diverse and beautiful - it has manta cleaning stations, caves, drift dives, wrecks and barrier reefs covered in unparalleled coral formations.

The diving in Kaafu Atoll is accessible all year round due to consistent air and water temperatures. It is subject to a monsoon season from May to November. The dry season, from December to April makes for some fantastic diving conditions. Minimal wind and rain and maximum sunshine mean that the days are warm and the oceans are still, with excellent visibility.

During the monsoon, the winds increase and there are more frequent rain showers, though they usually only last for a couple of hours. The winds make the seas rougher, which can disrupt diving trips. They also blow in blooms of plankton which can reduce the visibility in some places. The upside of this is that it also attracts filter feeders like manta rays and whale sharks to hoover up the extra food!

Because of its proximity to the capital city Malé, there is no shortage of choice in Kaafu Atoll. With over 40 resort islands, and nearly countless inns and guesthouses on the inhabited islands like Dhiffushi and Maafushi, you will be spoilt for choice. Most dedicated resorts will have a dive centre attached, but not all facilitate diving courses so check before you go if this is something you are looking for. If you are not staying at a specific dive resort, check with your guesthouse to see if there is a dive centre on the island so you’re not disappointed.

Liveaboards are by far the easiest way to dive a lot and in lots of dive sites. It is close to Malé which is where many boats leave from so many passes by Kaafu Atoll early in their journey. There are lots of liveaboards for all budgets but do check on the minimum dive requirements before booking.

Kaafu Atoll diving centres mainly around its reefs. South and North Malé offer slightly different reef conditions. The corals in North Malé are some of the most stunning in the world. Stunning reefs mean healthy reefs and they have life in abundance. Schools of fusiliers and snappers, frogfish, moray eels, nudibranch and thousands of colourful reef fish suspended over coral make for truly stunning diving. South Malé also offers beautiful diving, but the strong currents that surround the atoll mean that there is more pelagic life to be found. Though reef sharks, manta rays and whale sharks can be found in both atolls, they are much more common in the south.

Kandooma Thila is a pinnacle in the middle of a channel of South Malé. It begins at 12m and descends to 40m on all sides. The eastern and northern edges have several overhangs and are studded in all colours of soft coral. Big schools of fish swim alongside eagle rays, whitetip and grey reef sharks and green turtles. Most fauna, sharks particularly can be found where the current is strongest. It can be a challenging dive at times due to strong currents so sufficient experience is necessary.

Cocoa Thila is sometimes said to be one of the best sites in the Maldives. Divers can shelter in the overhangs and caves in order to hide from the strong currents which bring in large schools of fish and big pelagic lifelike white sharks and eagle rays.

Vadhoo Caves allow you to explore an extensive cave system, bustling with life. Between the big fish gliding out in the blue, the abundance of fish around you and the array of colourful corals, you won’t know where to look.

Helengeli Thila is a large thila located off Helengeli in North Malé. it has mostly sloping reefs, but also features a wall with overhangs to explore. The top of the reef is 10m and descends down to a 35m sandy bottom. During the monsoon, more animals like sharks and eagle rays frequent this site. This site can be used for beginners in minimal current but is best enjoyed as an advanced diver.

Victory Wreck is over 80m long and lies at 30m. Though the currents can sometimes be strong, the coral and sponge encrusted ship makes it more than worth it.

Manta Point also makes for a stunning dive. A beautiful reef at anytime of the year, during the monsoon, this site comes alive. Manta rays can be seen feeding and being cleaned en masse, a truly magnificent spectacle.

You can obtain your Advanced Open Water Diver in South Male Atoll.

You can obtain your Discover Scuba Diving in North Male Atoll.