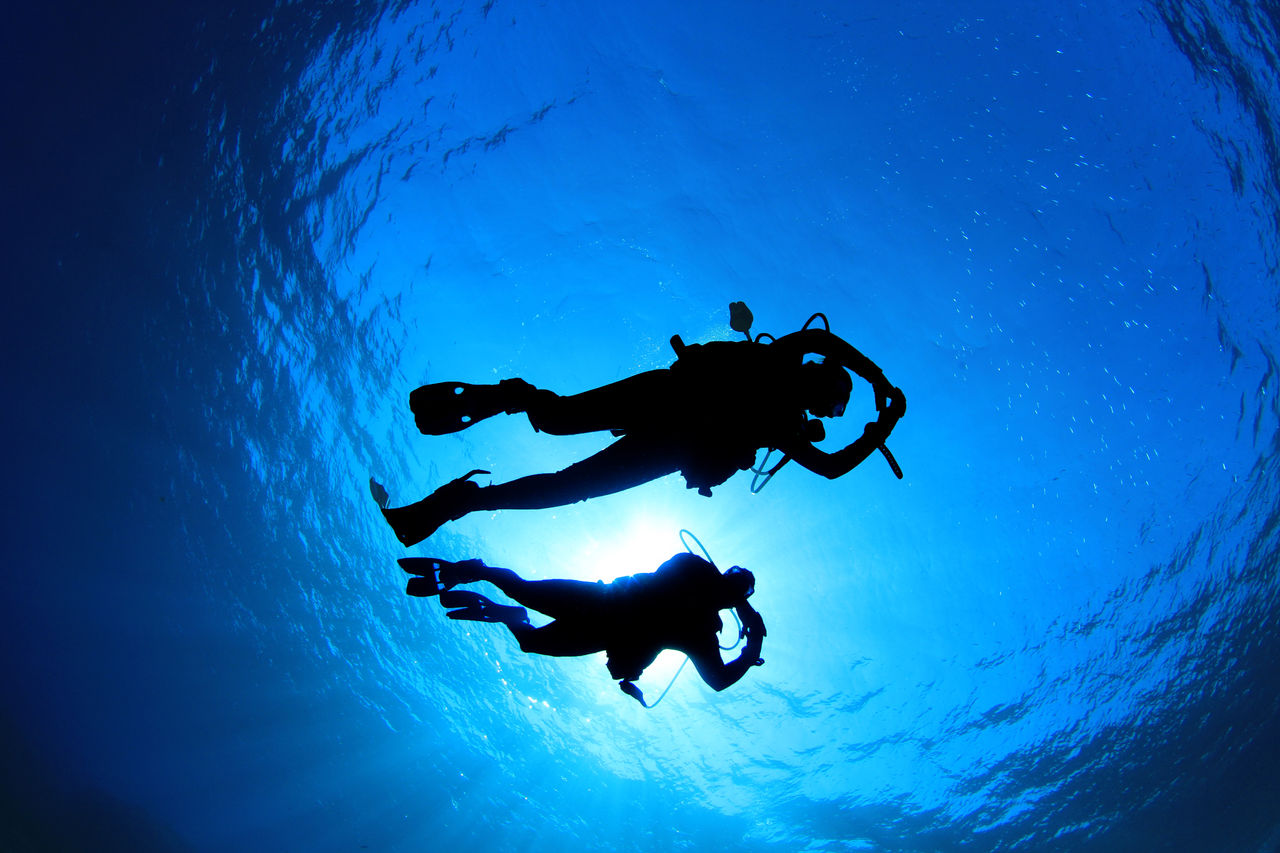 You’ll be spoilt for choice with over 20 island diving resorts to choose from within world-famous Ari Atoll. Offering dramatic pinnacles and channels, plus year-round mantas, hammerheads and abundant whale sharks, it is one of the best atolls for thrilling pelagic action.

Ari Atoll is one of the biggest atolls in the Maldives with 105 islands. Spread over an area of 267km square, it is split into 2 regions. South Ari, also known as Alif Dhaa, has 49 islands and North Ari is also known as Alif Alif and has 33 islands.

It is also one of the most well established and populated atolls, over 20 islands are dedicated resorts, almost all of which have a dive centre. Many other islands have standalone dive centres as well. The diving in Ari Atoll has fewer barrier reefs than others in the Central Atolls and has mostly pinnacles (thilas) and channels (kandus).

It is considered by many to have some of the best diving in the Maldives. One of the most common reasons people dive here is to see large pelagic life, as mantas can be seen year-round and there are frequent visitations from hammerheads and whale sharks too.

Diving in Ari Atoll is possible year-round, as the temperatures in the water and on land stay fairly constant. The seasons do affect the diving, however. From December to April, the weather is drier and the visibility is excellent, providing perfect diving conditions.

May to November is the monsoon season. Though there are still plenty of hours of sunlight, the winds are stronger and there will be more rain. Fortunately, the rain comes in short, sharp downpours. The most volatile months are May/June, some liveaboards and dive boats do not operate during these months as the seas are rougher. The winds often blow in more plankton, reducing the visibility, but this does increase your chances of seeing manta rays and whale sharks.

Being over 89km long, getting between dive sites can be lengthy. A single dive centre cannot hope to be able to visit them all. For this reason, liveaboards are very popular in Ari Atoll. You can see all of the major dive sites without spending hours on a speedboat, away from home comforts. There are over 30 available liveaboards to suit different budgets and needs. Some companies require a certain level of experience however, so do check beforehand.

There are several types of diving available. Most dives are reef dive and many are drifts. The drift dives can range from gentle to powerful and some are not suitable for less experienced divers. There is also a couple of wreck dives - such as the Fesdu.

The reef diving in Ari Atoll is not as perfect as some of the other more protected atolls. There are exceptions to this rule and there’s more than enough marine life to keep everyone happy. One of the main reasons people dive here though is the pelagic life.

Manta rays can be sighted year-round but chances are higher during the monsoon months. There are certain sites where they are almost guaranteed - such as Donkalo Thila, Rangali Madivaru and Kudarah Thila.

Whale Sharks are one of the highlights of any divers career. Specific areas in Ari are protected because of the whale sharks found there, like Maamgili in the south. They can be sighted year-round but they’re more likely from January to April, especially during the full moon coral spawning events.

Hammerheads can also be sighted here, but they are more common on Rasdhoo Atoll to the north. Liveaboards often pass by both in order to catch glimpses of the schools of over 200.

Maya Thila is known as one of the best dive sites, if not the best, in the Maldives. It is a pinnacle that starts at 6m and slopes down to 12m, before dropping off to 30m. The upper portion of the dive site boasts colourful nudibranchs feasting on the soft corals, batfish, moray eels in abundance and camouflaged frogfish.

Going deeper, you can see formations of eagle rays, turtles and even guitar sharks in the caves and overhangs. When the currents are minimal, it is suitable for all levels of divers. The stronger currents lead to more challenging conditions - but the greater reward of lots of sharks. Current allowing, it is a stunning night dive. Fusiliers gather in the shallows to feed, drawing in white tips and giant trevally to hunt them.

Fish Head (or Shark Point) is a marine protected area of the far east of the atoll. It is best reached by a liveaboard if you don’t fancy a 45-minute speedboat ride. A sloping pinnacle from 10-35m features shoals of blue line snappers and dozens of grey reef sharks against a backdrop of black coral and sea fans. The added bonus of schools of fusiliers, batfish, eagle rays and bump head parrotfish make this site unforgettable.

Broken Rock is pretty self explanatory. It is a large rock which has been split down the middle forming a deep crevasse. Current allowing, you can swim around it, but if your buoyancy is good, the real treat is to swim through the middle. Passing between narrow rock walls covered in fans, sponges and other soft corals while the fish dance around you makes for a stunning dive. Occasionally, whale sharks grace the area also.
Fesdu Wreck was sunk in order to create an artificial reef. The old fishing trawler now sits at 30m on a sandy bottom and provides a home to many species. Clouds of translucent glassfish float inside, with butterfly fish, red toothed triggerfish, blue-fin trevally, lionfish and others to keep them company.

Maamgili Beru in South Ari became a protected area in 2009 because of the large numbers of whale sharks in the area. The shallow reef at 8m drops off to 30m and is home to moray eels, frogfish, lionfish and eagle rays. Sometimes groups of mobula manta rays can be seen as well. The real aim of this dive site is to spot a whale shark however. You can usually tell if there is one in the area because there will be more boats than usual. Even if there isn’t,  keep an eye looking out to the blue -  just in case!

You can obtain your Open Water Diver in Alif Dhaalu Atoll.

You can obtain your Advanced Open Water Diver in Alif Dhaalu Atoll.