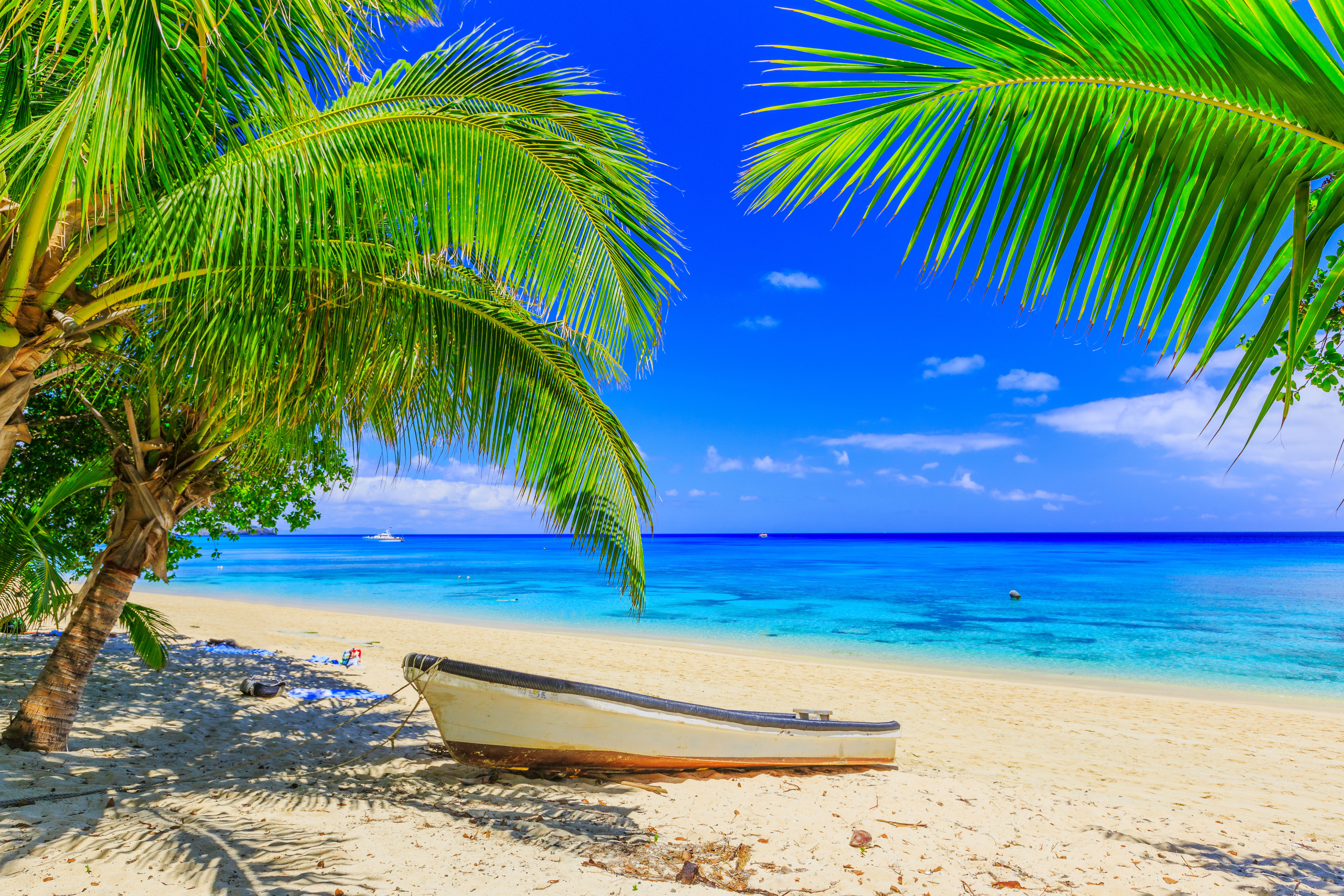 Fiji is undoubtedly one of the world’s top diving destinations and is often referred to as the soft coral capital of the world, as well as offering some of the best shark diving, it’s no surprise why divers continue to return to this exceptional diving paradise all year, every year.

In historical times, the 300 islands that make up Fiji were known as The Cannibal Isles and were avoided by ships due to fear of roaring seas and intimidating warriors that inhabited the islands. Today, Fiji is a tropical hub for paradise and nature lovers and boasts some of the world’s top diving.

World-class beaches and pristine clear warm water teeming with marine life make Fiji the perfect place to divers of all levels of experience. Not only can you enjoy mesmerising reefs and coral, but you can also discover dramatic wall dives, swim-throughs, canyons and caverns.

Marine life is extremely healthy and diverse, with plenty to see at every dive site. From tiny macro life and pretty tropical fish, to the giants of the ocean, such as whale sharks and mantas, there’s something for everyone in this underwater naturalist’s dream.

Diving can be experienced st any of Fiji’s plentiful dive centers, or at any of the dive resorts that cater to all needs and preferences. Land-based operators often visit popular local sites, whereas many of the liveaboards venture to more remote and untouched areas. Whichever option you choose, you’re sure to be in for an amazing treat.

Recommended dive certifications or courses to take may include underwater photography in order to up your photographic game in preparation for Fiji’s vibrant coral reefs. Other useful courses are drift diver and enriched air, as lots of dive sites experience strong currents, and many dive operators offer nitrox.

Situated in the beautiful South Pacific, Fiji benefits from a tropical climate all year round, with air temperatures lingering at about 30°C (86°F) most of the time. Water temperature averages around 27°C (81°F) all year, meaning there is no bad time to go scuba diving in Fiji.

Fiji’s summer months of November to April see climbing temperatures, and often short afternoon downpours that offer a refreshing break from the heat. This season also promises a good probability of bumping into manta rays and whale sharks.

The Fijian winter is the tourist high season, from April to October, but April, May and November experience the warmest ocean temperatures, which fluctuate between 28-30°C (82-86°F).

Many dive sites have strong currents, promising an exhilarating experience for drift dive lovers. Wreck diving is also possible, with shipwrecks waiting to be explored by curious underwater enthusiasts.

Much of the diving is done by boat, with some shore diving opportunities also possible. Liveaboard diving is also very popular, but there are limited operators here, so spaces can book up quickly.

Fiji’s sharks attract divers from all over the world, and it’s easy to see why, with species including white tips, grey reef, silvertips, lemon, tiger, bull sharks, and of course the much-loved whale shark. Hammerheads are sometimes seen in some areas.

Fiji’s incredible reefs, where soft and hard corals of all colors and sizes thrive, house a wealth of immensely vibrant tropical fish. Think of everything you’d encounter on a tropical reef, from clownfish, snapper, sea snakes and eels, to stingrays, schooling fish and even swordfish. Being among the most biodiverse places on Earth, Fiji truly has it all.

Shark Reef Marine Reserve, Pacific Harbour, is among the best shark diving spots on Earth. This marine reserve boasts various shark species, in addition to over 400 fish species. For beautiful and accessible reef diving, wreck and shark diving, check out the sites at nearby Beqa Lagoon. Rated as one of the best places to dive with sharks in the South Pacific. Memorable dive sites in the area include Side Streets, Caesar’s Rocks, Tasu Number 2, and Carpet Cove which all boast sublime coral and diverse marine life.

Coral Coast, a stretch of coastline between Sigatoka and Suva, on the main tourist island of Viti Levu, is home to some fantastic coral reefs, perfect for those looking for endless rainbow coral gardens, fish and turtles.

The Mamanucas Islands also shouldn’t be missed. About 20 minutes by boat from Nadi on Viti Levu, an unforgettable reef site is Gotham City on the outer Malolo barrier reef. Nearby, the Namotu Wall boasts a 1000 meter-plunging wall. For big fish sightings and frequent manta ray and whale shark encounters, visit Big W. Inside the Malolo barrier reef, you can also enjoy shark diving at The Supermarket, in addition to a few wrecks, such as the B26 Bomber and the Salamanda.

The Yasawa Islands also promise memorable reef diving, and even cave dives. But it’s particularly pelagics that attract people here. Barefoot Manta Island hosts an array of sites, with majestic manta rays that frequent the area from April to October.

At Taveuni, Somosomo Strait is soft-coral heaven. The area is famed for colorful reef and wall diving, especially at Rainbow Reef and the Great White Wall, where white coral plunges into the endless abyss.

Kadavu Island is another haven for wondrous coral reef dives, with drift dives possible depending on current. The Great Astrolabe Reef is a well known spot, where it’s overflowing with colorful reef, fish, pinnacles, drop-offs and even manta cleaning stations.

Finally, Namena Marine Protected Reserve, Savusavu, is a protected area where divers can marvel at barrier reef sites with epic topography. From seahorses to sharks, there’s something for everyone, and even a resident school of hammerheads to be seen by those who dive just outside of Savusavu.