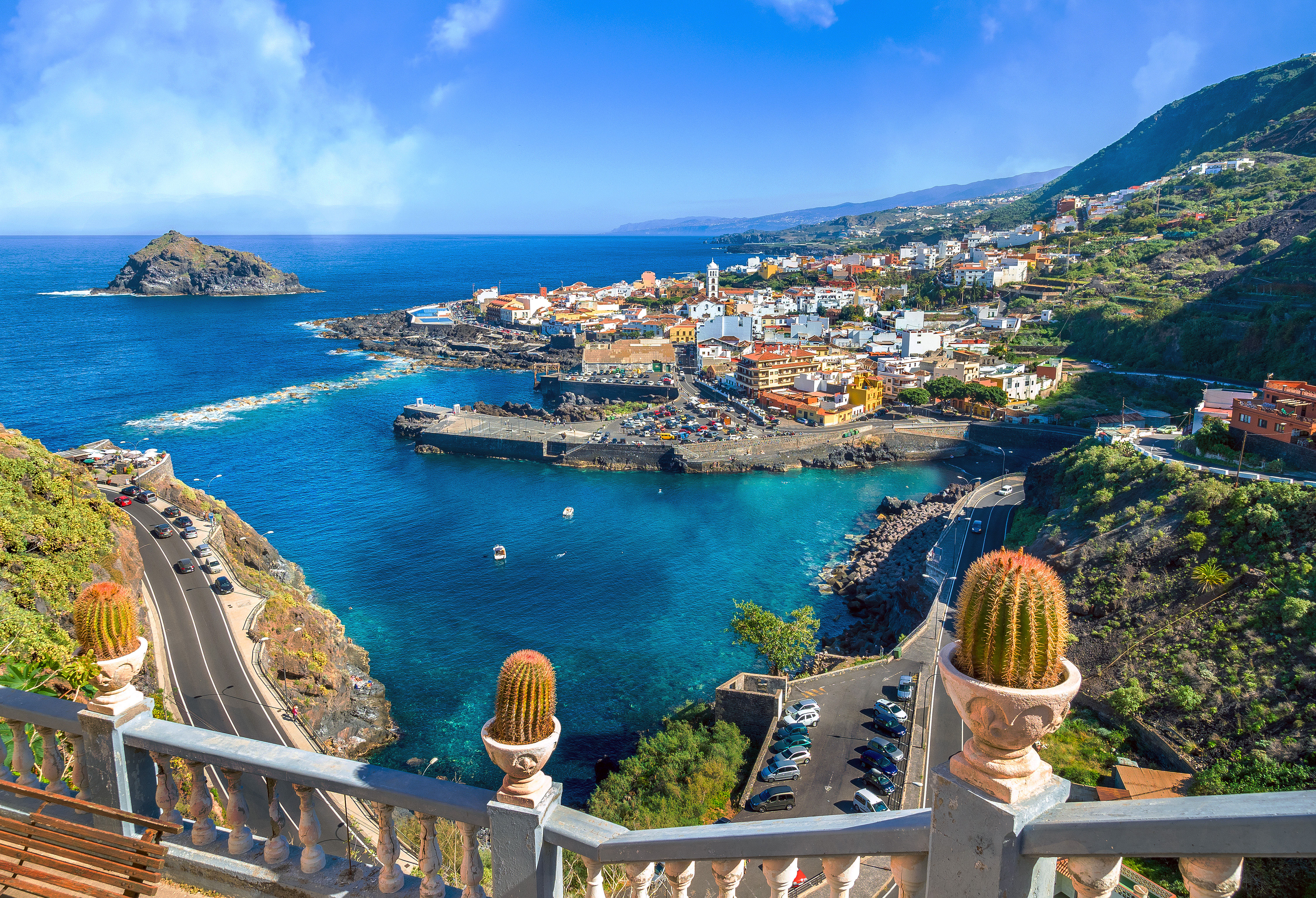 Diving in the Canary Islands

The Canary Islands volcanic roots have led to the formation of dramatic underwater landscapes featuring caverns, lava tunnels, and towering arches. Recognised as a special place for marine biodiversity, pilot whales, dolphins, sea turtles, and even the awe-inspiring ocean sunfish may be spotted while diving here.

With 550 different species of fish, both tropical and temperate, and incredible volcanic rock formations with arches, caves and tunnels, Gran Canaria diving has some of the best dive sites in Europe. Explore sheltered bays as a novice diver or venture into narrow cave-systems in search of cave-dwelling stingrays and lobster.

La Palma is a small volcanic island which is one of the Canary Islands of Spain provides divers with the opportunity to experience volcanic landscapes made up of arches, caves and other unique formations submerged in clear, warm waters and surrounded by numerous different marine species.

Lanzarote, one of the islands in the Canary Islands, will provide divers with the opportunity to explore an underwater volcanic world with a plethora of unique rock formations to explore combined with crystal clear waters and a collection of unique and colourful marine species to admire.

The geological history of Tenerife is closely related to its volcanic origins and can be fully admired while scuba diving. Descend onto prismatic pinnacles resembling submerged underwater cities or explore labyrinth-like tunnels and cave-systems while observing scorpionfish and moray eel. Angel sharks, sea turtles, and four species of resident whale and dolphin may all make an appearance.

Diving in the Canary Islands

Situated northwest off the coast of Africa is the Spanish archipelago of the Canary Islands. Sometimes called ‘The Fortunate Islands’, the local people often say that they are blessed with eternal spring, due to the sub-tropical climate that guarantees year-round sun and incredible sandy beaches. In order of their size from largest to the smallest, the Canary Islands include; Tenerife, Fuerteventura, Gran Canaria, Lanzarote, La Palma, La Gomera, El Hierro, and La Graciosa.

Due to the Canary Islands volcanic origins, the underwater landscapes are rugged and rocky but with incredible beauty. The volcanic rocks have eroded to reveal prismatic structures that appear like sunken cities, caves lit by the blue of the ocean as well as arches, tunnels, canyons, and lava tunnels. The most impressive Canary Islands diving often takes place in the archipelago’s marine reserves. On Gran Canaria, the Arinaga Marine Reserve features a myriad of tunnels, caverns and rocky reefs that provide refuge for the benthic angel shark, cuttlefish, and eagle rays. From the Canary Islands smallest island, El Hierro, explore the marine reserve of Mar de las Calmas where it’s possible to observe sea turtles, tuna, dolphins and occasionally whale shark!

Exposed to the open ocean, the archipelago has seen its fair share of shipwrecks which have now evolved to become fascinating artificial reefs. At Lanzarote’s most popular resort town, Puerto Del Carmen, six wrecks lie on the seafloor, with the deepest found just below 38-metres. Several wrecks can also be explored from Gran Canaria while at Tenerife, tech-divers can descend as far as 60-metres at some drop-offs. With various coves and bays found throughout the Canary Islands, the calm conditions are ideal for dive courses while experienced divers can revel in current-swept sites.
Scuba diving in the Canary Islands usually takes place during day trips from dive centres, while there are only a few dive resorts that are located on the larger islands.

Located on the small island of La Graciosa to the north of Lanzarote lies the dive site of La Burrera. The site is highlighted by a dramatic underwater landscape including pinnacles, columns, and large rocky ledges that form a labyrinthine structure. Located in one of the three marine reserves on the Canary Islands, the spot is home to large shoals of horse mackerel, giant groupers, Canarian lobster and the Bermuda chub.

From the northeast coast of Gran Canaria, divers can discover the 100-metre long Arona merchant ship. The ship sunk in 1972 after a fire and has since become a thriving artificial reef with the hull carpeted thick with coral and anemones. The wreck is constantly circled by large schools of barracuda, grunts and bream while inside the wreck, scorpionfish lurk in dark corners.

On the Canary Islands largest island, Tenerife, venture into the Cueva del Palm-Mar. The caves here are known as Moray City, with moray eels coming out of nearly every crevice found in the walls. The cave can be entered at around 20-metres where inside divers can observe a statue of Madonna and child that has been placed there to bring good luck to the fishermen. After, head outside to the plateau which is surrounded by shoals of sea bream. Angel sharks, Atlantic rays, dolphins and pilot whales have all been spotted here.

Created by Jason deCaries Taylor, in Lanzarote, it is possible to pay a visit to an underwater museum. Located in 12-14 metres of water in the Bay of Las Coloradas, the large artificial reef is formed by a set of sculptural installations made of neutral pH concrete that, over time, will serve to increase the biodiversity of the area. The Atlantic Museum is known for its beauty and unique qualities that call for the preservation and conservation of the marine environment.

At the southern end of La Palma, Malpique Tower is a demanding dive 45-metres deep. The site is of great interest for underwater photographers, with the star of the show being a 20-metre tall volcanic rock tower, that stands on a seabed at 50-metres deep, and is entirely covered with black coral.

Other places to dive in Spain