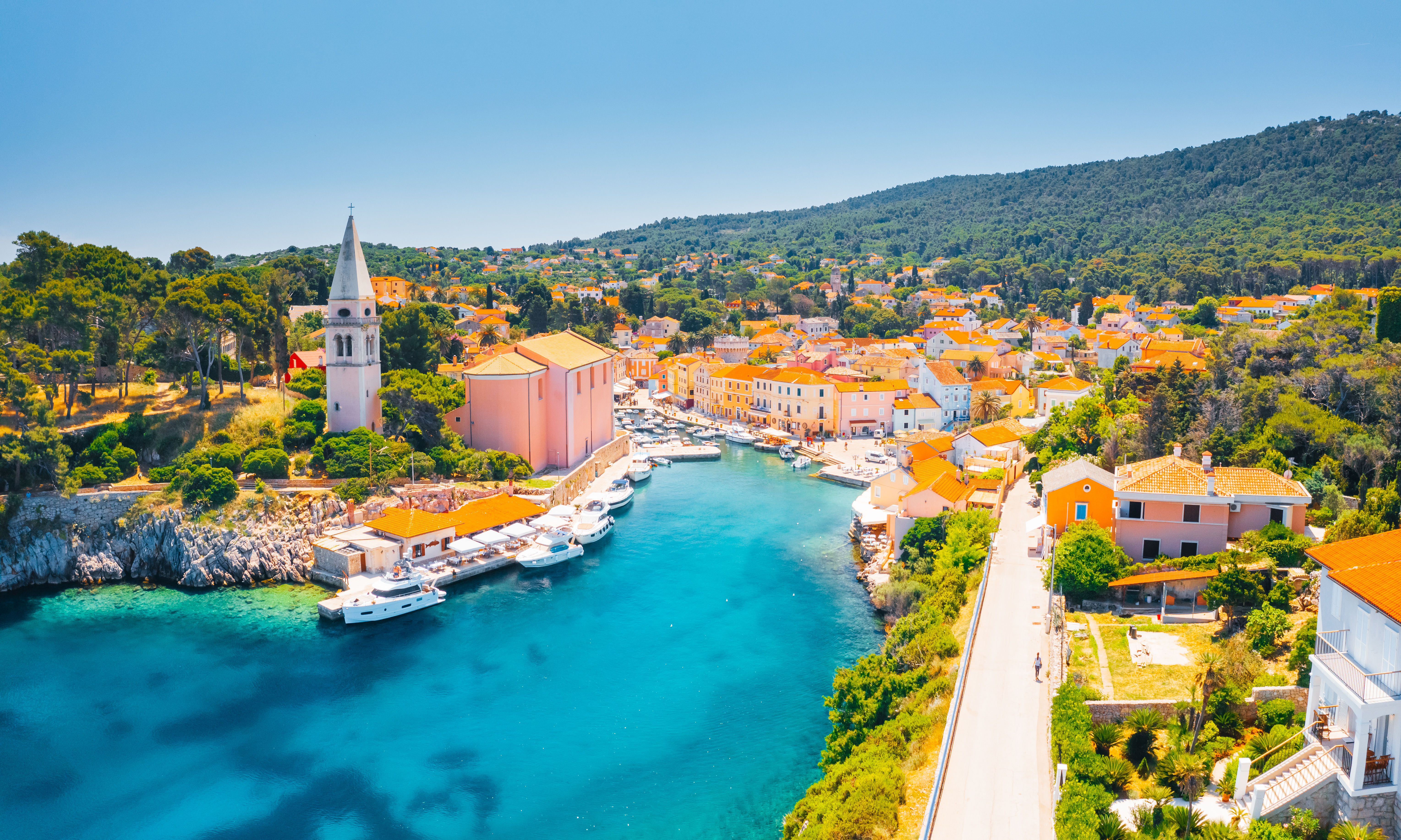 Islands and a stunning coast surrounded by sparkling waters which hold a plethora of marine life which have made their homes in the corals, caves, shipwrecks, steep wall drops offs and so much more; that is diving in Kvarner in Croatia.

Diving off of the island of Krk in Croatia will expose divers to the best of what the Adriatic Sea has to offer. This comes in the shape of some exhilarating rocky topography including unforgettable caves, steep drop offs which plunge down into the blue and marine life coated in every vibrant colour imaginable.

Historical artefacts, historical statues, shipwrecks, sea caves, steep sea walls, an abundance of fish, densely packed reefs and more! That is a short summary of what diving in Lošinj, in Croatia, entails. It is bound to be an unforgettable experience for many.

The Kvarner area is a mainly focused around a bay located on the south coast of Croatia, in the North Adriatic Sea, and harbours many islands surrounded by clear, turquoise waters, teeming with life, for divers to plunge into and enjoy. There are many locations that divers can visit to go diving here with some of the top destinations being Krk Island, Cres Island, Kostrena municipality, Losinj Island and Rab Island. Rjeka is a port town in Kvarner Bay and is known to be the gateway to all of these islands for diving. Two other coastal towns which are worth a visit in this region are Selce and Crikvenica. What attracts many divers here are the following factors; good visibility and calm waters which are protected by the bay, a selection of different rocky formations and topography, a handful of shipwrecks and a multitude of marine life which is almost guaranteed to be the highlight of almost every dive.

When it comes to the types of diving to be done here, there are stunning shallow dive sites for the more novice divers or deep shipwrecks for technical divers. Each of the islands and towns mentioned above each have their own expert dive centres in the region who can guide divers to the best of the best diving spots.

The Tunnel dive site is located offshore the island of Rab and is a 20 metre long tunnel which lies between 6 metres and 18 metres. This tunnel is absolutely filled with marine flora and fauna including an array of colourful sponges, majestic Gorgonians, Stingrays have been spotted here and the adorable Nudibranchs often makes a colourful appearance.

Selzine, located off the island of Krk, is the most impressive and steep underwater cliff in this region, it drops down into the blue all the way down to 110 metres; a real treat for technical divers! Here divers can watch as species such as Tuna predate on smaller fish.

Margarina Reef, which lies just off the island of Losinj, is a dive site that has it all; a canyon which runs through the dive site at depths of 5 to 17 metres with a shipwreck at the bottom of it, a steep wall drop off next to the canyon and a high abundance of marine life.

Mali Cutin is every reef lovers dream and located at Cres Island; this reef plateau is a protected area meaning the marine life and marine environment has had every chance to flourish. The plateau has multiple depths but at every point, divers will come across every colour, shape and an endless amount of species.

Beli, at Cres Island, is an impressive cave with an entrance at 4 metres and an entrance at 20 metres. The cave is filled with colourful Sea Sponges and Feather Stars and many species of fish and other marine critters.

TA 36 is an official war grave and protected by the Croatian Ministry of Culture, it lies off of Kostrena, but is also an exciting wreck dive for technical divers. The wreck lies between 45 and 65 metres. It sunk in 1944 and after so many years submerged it has really created its own ecosystem and attracted a plethora of marine life.

Other places to dive in Croatia