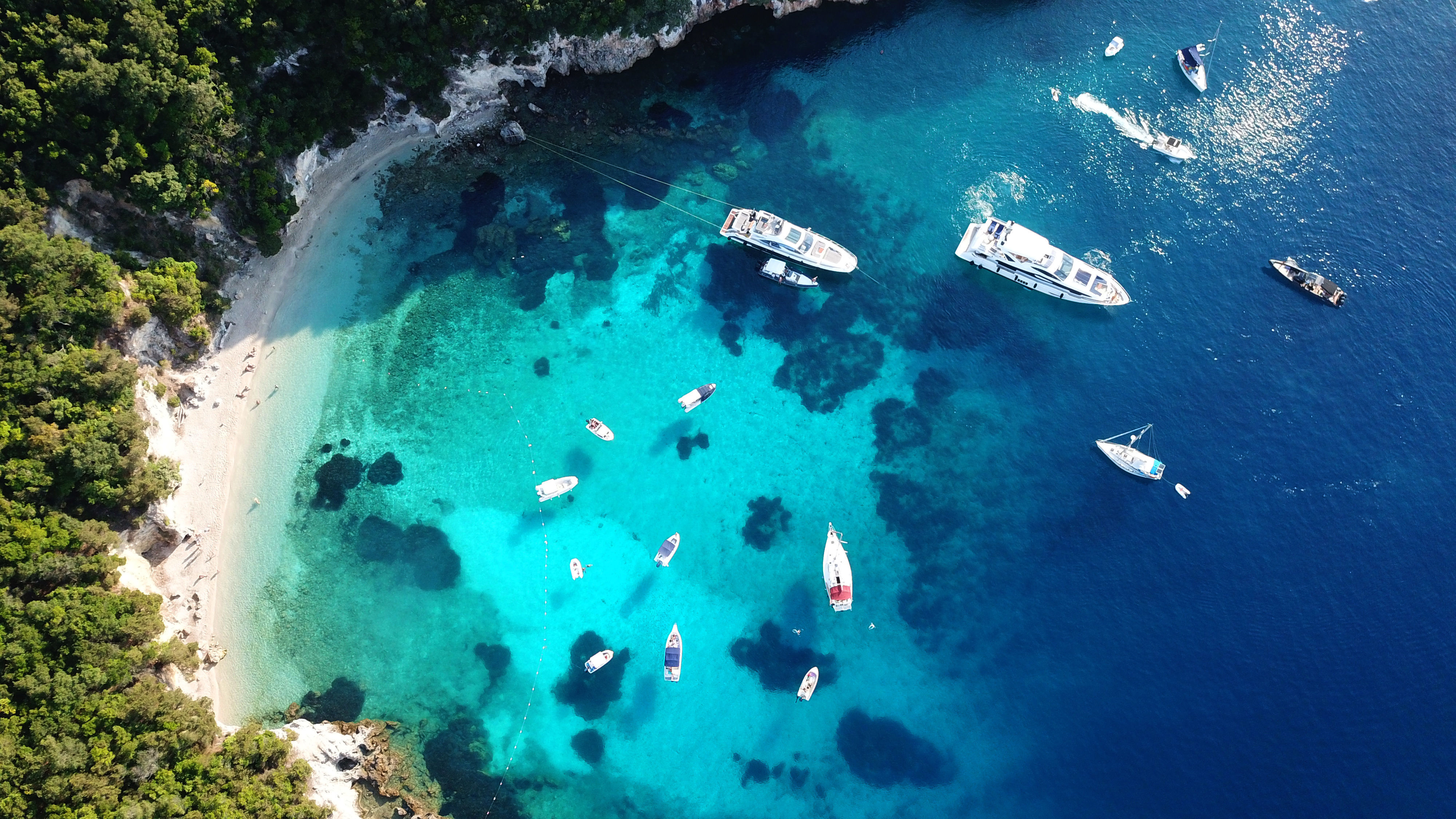 Diving in the Cayman Islands

Hosting some of the best and most dramatic wall dives in the world, plus epic shipwrecks and the famous Stingray City, the Cayman Islands has something for ever diver. Renowned for having exceptional water visibility, you’ll easily spot the hundreds of fish species, turtles, reef sharks and more found there.

Diving in the Cayman Islands

The Cayman Islands are known as a world-class diving destination. Diving these pristine islands with paradise beaches offers underwater enthusiasts a variety of diverse marine life, epic shipwrecks, beautiful healthy coral, dramatic underwater topography with drop-offs and wall dives, and quite possibly the some of the best visibility in the Caribbean.

The Cayman Islands are split into three separate islands, on which scuba diving is a popular recreation. There’s Grand Cayman, Cayman Brac and Little Cayman, where all offer out-of-this-world diving and hundreds of dive sites to choose from. The most visited island is Grand Cayman, possibly due to its amazing wall dives, easy shore dives with minimal current, sensational reefs and the opportunity to see lots of the island’s resident turtles.

Visibility can average between 18-30 meters (60-100 feet). To top it all off, the ocean temperature is always comfortably warm, ranging between 26-28°C (78-82°F) meaning it’s the perfect dive destination all year round.

There are plenty of options for divers when it comes to scuba diving in the Cayman Islands. From exquisite five star dive resorts and singular dive centers on Grand Cayman, to smaller, quaint dive lodges in Little Cayman, there is something for everyone, no matter your budget or preferences. Whether you’re a fun diver, experienced veteran diver, a beginner wanting to take your first dive course or to further your diving certifications, the Cayman Islands has dive operations and dive sites that will suit your needs while simultaneously blowing your mind. Similarly, choosing a liveaboard to make diving adventures around the dive sites of these islands is also a great option.

With numerous dive options to choose from, be sure to consider diving in the Cayman Islands for your next trip.

When to dive in the Cayman Islands entirely depends on your own personal preferences. If you’re looking for great diving and hotel prices, the best time is between March and June when the rates all drop.

As for temperature and weather, the Cayman Islands are tropical, meaning it’s warm 365 days a year. The islands do have slight variations in temperature though depending on the season, but the difference is usually minimal, with the coldest temperatures being around 28°C (82°F) in December and January, which then slowly rise to around 32°C (90°F) in July.

The dry season normally runs from November to April, with weather conditions feeling a little more comfortable due to a lack of high humidity. The wet season lasts from May until October, however, showers usually pass quickly and the sun comes out again after a very short downpour, which can often be a welcomed refreshment from the humidity. Do be aware however, that like most of the Caribbean nations, the Cayman Islands are subjected to a hurricane period from June to November, when the seas may sometimes not be as welcoming for divers.

The three islands that make up the Cayman Islands are all accessible by boat, with some offering simple shore dives. Furthermore the islands are similar in terms of beautiful reefs, colorful fish and sea turtles, while boasting amazing visibility and usually no current. But they do each hold some of their own uniqueness.

Grand Cayman is home to Cayman’s North Wall, which plunges deeper than 1800 meters (6000 feet) where you can enjoy some breathtaking underwater topography, including dramatic drop-offs and seemingly endless wall diving.

The famous Stingray City dive site is located near here, and is an absolute must for divers. Along the south, west and west sides of grand cayman also have walls and great shallow dive sites. Shore diving is also popular here, where marker buoys indicate the locations of the reef and walls, making it superbly easy.

As mentioned, wreck diving is popular in the Cayman Islands, and one great place to do so is the Kittiwake wreck, located on the west side of Grand Cayman, which is overflowing with life.

Little Cayman is similarly home to a plethora of awesome dive sites, among which are walls covered with coral and sponges of all sizes and colors. Along the walls and reefs, divers can marvel at colorful reef fish, triggerfish and enormous groupers amongst many other things. One favourite wall diving spot on this little island is the Bloody Bay Wall, which shouldn’t be missed by any dive fanatic.

In general, the Cayman Islands are well known for their beautiful coral reefs that are seething with hundreds of species of colorful fish, high numbers of turtles, reef sharks and plunging walls covered in corals, sponges and sea fans all in great visibility.

Nurse sharks can also frequently be seen hiding under coral ledges, some even becoming well known and will get very close to divers underwater.

For those wanting to experience eagle ray flybys, head to Eagle Ray Rock off Grand Cayman where they’re regularly spotted swimming by.

Another great spot for rays is Stingray City, a shallow site where large groups of southern stingrays assemble in the shallow sand in Grand Cayman’s North Sound. The rays are very friendly and accustomed to humans and are far from shy.

In Little Cayman, seahorses, octopi and lobsters can be sighted in and among the black coral and impressive sponges that cover the Great Wall West dive site, which is part of the island’s Bloody Bay Wall complex.

Among some of the best dive sites in the Cayman Islands is the Kittiwake wreck which sits in the waters off Seven Mile Beach on Grand Cayman. It’s a 76.5 meter (251 feet) submarine support ship that was purposely sunk as an artificial reef. Resting at about 21 meters (70 feet) deep, the ocean has completely taken over it. Trained divers can penetrate the ship, but you don’t have to enter if you’re not qualified nor wanting to, as there is plenty of life outside the wreck to enjoy. There are a ton of groupers and angelfish that have taken up residence here, among lots of other awesome critters.

At Grand Cayman’s East End, there are a wealth of amazing dive sites to explore, however, a couple of favourites include Jack McKenny’s Canyon and Three Sisters. Jack McKenny’s as mentioned is great if you want a high chance of seeing Caribbean and blacktip reef sharks, and even eagle rays, all while enjoying swim-throughs and overhangs. At Three Sisters, you’ll encounter a variety of eel species among the cracks in the rocks and coral, where you might also spot Caribbean lobsters. There are additionally plenty of coral crabs, reef fish, pufferfish and even turtles thriving on the reef.

Another highly sought after dive site is the Trinity Caves situated off West Bay, Grand Cayman. Think grottos, long tunnels and swim-throughs with coral fingers growing up tall. Sunlight penetrated through the tunnels, creating heavenly views as you exit out onto the deep wall part of the site. In the shallows, there’s a beautiful reef to discover, and in the sandy flats, eagle rays can be spotted.

Finally, one of the best sites in Grand Cayman is thought to be Big Tunnels, not only for its marine life, but for its breathtaking topography. This dive site boasts jutting limestone pinnacle, where schooling horse eyed jacks live. It’s a large swim-through covered in sea whips, rope sponges and a bunch of tarpon.

Some amazing dive sites are located off the North Wall area on Grand Cayman, less protected than the West side it can be more challenging dives if conditions are windy, but divers are rewarded with some fantastic wall diving here.

Cayman Brac is a 40 minute flight from Grand Cayman, and offers quieter dive sites that are just as fantastic, such as epic wall and shallow reef dives. But the most notable site is the Capt. Keith Tibbits wreck, which was a Russian destroyer.

Bloody Bay Wall is a popular dive area close to Little Cayman offering divers fantastic wall diving. Cumber’s Caves is home to an array of epic topography, including caves and a wall covered in sponges and corals. With usually infinite visibility, you can also enjoy gazing at turtles, rays, snapper, jacks, lobsters and lots of sharks.