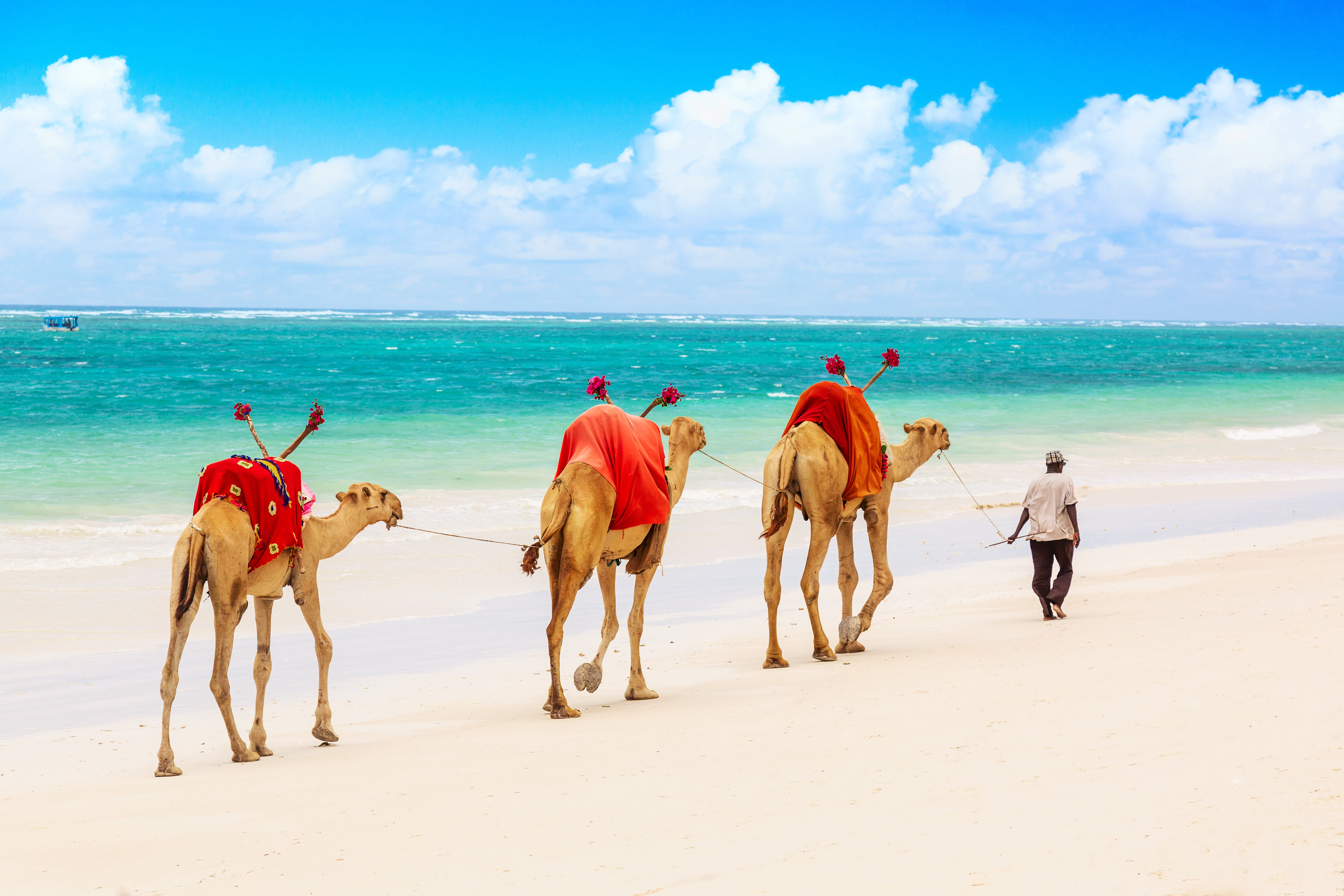 Africa, with over 18,000 miles of coastline, is a diver’s dream hosting Egypt and Sudan’s vibrant reefs and world-class wrecks, plus new whale shark hotspots, Madagascar and Djibouti. Whether you want to dive with great whites, blues and makos, or explore a UNESCO World Heritage Site, Africa has it all.

Fairly new on the dive scene and a lesser-known whale shark hotspot, Djibouti is ideal for adventurous divers and pelagic fans alike. Discover caves, wrecks, deep drift dives and a crack between tectonic plates, as well as huge schools of pelagic fish and plenty of shark action.

Egypt’s beauty and thriving underwater world are known to never disappoint divers. With the Red Sea as its underwater playground, Egypt offers impressive marine life sightings and coral formations of all colors and sizes.

South Africa’s perfect mix of temperate and warm waters offers everything from great white and tiger shark dives, whale sharks, mantas and sailfish to one of the deepest caves on Earth. Discover an array of whale watching opportunities, the world famous sardine run and reefs that will leave you speechless.

Africa’s vastness is almost immeasurable, and as an enormously large continent with approximately 18,950 miles (30,500 km) of coastline, it’s no surprise that it’s a popular scuba diving hub. Stretching from the Atlantic coast to the Indian Ocean, with its paradise beaches lined with dive centers and resorts, untouched remote islands, bustling cities with boat harbours from where liveaboards and daily dive trips depart, divers are truly spoilt for choice in Africa.

Africa is a must for divers, including those completing dive courses, mostly because of its diverse marine life, conditions and landscape that spans over 38 coastal countries. Popular dive destinations include Egypt, Madagascar, South Africa, Tanzania, The Seychelles and Mozambique, to name only a few.

There is something for everyone, whether you enjoy the colourful reefs of the Red Sea, roaring currents where schools of sharks congregate in Djibouti, Great White Shark sightings in South Africa, caves and shipwrecks of Sudan and Egypt, or the unique species to be found only in the Red Sea and Madagascar, the entire continent is brimming with fantastic biodiversity and exceptional underwater topography.

Liveaboards are enjoyed by divers of all levels in Africa. You can find a trip that suits your budget and preferences, as there are many to choose from. An advantage of liveaboards is that some remote dive sites are exclusively accessible only by overnight journey's and multi-day itineraries.

If staying on a boat isn’t for you, fear not, for there are resorts and dive centers aplenty all across Africa. A multitude of five star luxurious dive resorts exist, as well as resorts that cater to those on a lower budget.

It’s unfair to mention only a few of Africa’s awe-inducing dive sites, but in terms of popularity, some places have been put on the map for a reason.

Starting with Egypt in North Africa, the Red Sea is truly a gift. With the reefs of Sharm El Sheikh, the Thistlegorm wreck, and the unforgettable sites around Hurghada and Elphinstone, Egypt is one of the world’s diving hot spots with good reason. Reasonable flight times from Europe make it easy to access fantastic diving to suit all budget levels.

Another gem is Djibouti, on the southwestern tip of the Red Sea. It’s a whaleshark hub, where they group during plankton blooms. Ghoubet Al Kharab boasts sharks and big fish that are swept in by currents, in addition to volcanic islands. For advanced divers, the Seven Brothers islands are awesome deep dives, where divers can encounter sharks and whales. For thriving reefs and easier sites, the islands of Maskali and Moucha in the Gulf of Tadjoura are known for their coral gardens and relaxing sea conditions.

Madagascar is world famous for a reason - extreme biodiversity and endemic life. Nosy Be offers a wealth of excitement, where you can explore well-preserved sites, with possibilities of seasonal whaleshark and humpback whale sightings. Mitsio and Radames Archipelagos are also worth visiting, similarly with pelagics and whales passing by.

In Mozambique, particularly sites around Ponta do Ouro, there are healthy reefs, colorful fish and hammerhead shark sightings. Another site is the Edge of Reason, Medjumbe Island, featuring a drop-off of over 850 metres. How’s that for amazing topography? Furthermore, Manta Reef, Tofo, is home to manta cleaning stations so can be a great opportunity to see these majestic creatures underwater.

Tanzania hosts some incredible spots, including the largest marine park in East Africa. Divers at Mafia Island can spot turtles, stingrays, tuna, snapper and grouper. At Pemba Island, there are sensational walls, rainbow reefs and giant sea fans. It mustn’t be missed if you’re a fan of sharks, for which it is famous. More reef and epic marine life take residence at Mnemba Atoll, Zanzibar, near Tanzania, where migrating sperm whales and humpback whales can be heard in the waters and can make an occasional appearance.